Waco, TX – February 5, 2018 – When NeighborWorks Waco named our newest subdivision Legacy Square, we had no idea what an extraordinary amount of legacy would be unearthed in this little piece of land. 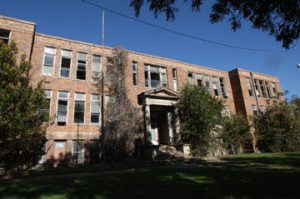 Before Legacy Square was filled with the bricks, beams, and nails of construction, smiling families, and welcoming front porches… before Legacy Square was an empty piece of land… and even before the idea of a new housing addition was developed – it was a dilapidated building, the R.L. Smith School.  Some of our readers may have heard of this school; some may even have personally attended the school. This building, erected in 1913, went by different names and served the community in a variety of capacities over the last century. 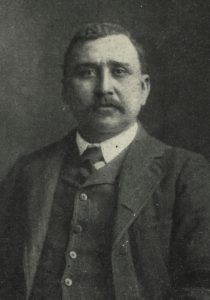 Our focus, though, is not on the school itself, but on its namesake – R.L. Smith. Unless you are a historian, you may not have heard this name in any other context. But today – today, we are here to tell you a little more about this amazing man’s legacy and why we are so excited to share in this bit of history.

Robert Lloyd Smith was born in 1861 as a free black man in Charleston, South Carolina. He was well-educated – attending the public schools available in Charleston, followed by an education at the University of South Carolina, majoring in mathematics. However, during his time at USC, legislature closed the university to African-Americans. Smith then transferred to Atlanta University, acquiring a bachelor’s degree, and began a career of teaching.

Eventually, R. L. Smith left South Carolina for Oakland, Texas – a small cotton farming community. Smith quickly realized this town contained a sizable, yet segregated, African-American population. He discovered that only a small portion of this population owned their own homes and all had very few municipal services available to them. 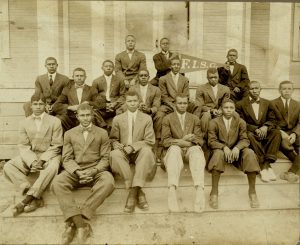 After identifying this social issue, he went to work, seeking solutions for the African-Americans living in Texas. Eventually, he discovered an article entitled “Youth’s Companion.” The author presented a case study of how a self-improvement society in New England changed the lives of its participants. Smith thought to himself “how much more necessary [a self-improvement society] was for a people who had just come out of the house of bondage.” That same year, he established the Farmers Improvement Society.

Hopefully, we haven’t lost you in this story yet because you have just made it to the best part – the incredible change that ensued following the creation of Smith’s society. The Village Improvement Society began first with a goal of beautifying their homes and neighborhoods; in short, Smith singlehandedly created a group that would transform the “black side” of Oakland.

More than community beautification, though, Smith also established a school, bank, and other services specifically for the African-American population, including the Farmers’ Improvement Bank right here in Waco – where the Convention Center currently stands.

Because of his upbringing in a Southern environment, he strongly believed in and encouraged the philosophy of economic self-sufficiency, especially in the African-American community – that the greatest traits achievable were thrift, industry, and economy.

R.L. Smith’s legacy touched many people around the country, because of both his Village Improvement Society as well as his terms served to the Texas Legislature. Although we only recently discovered and dusted off his story, after the creation and naming of Legacy Square, we are proud to carry on the legacy of this great and influential man. 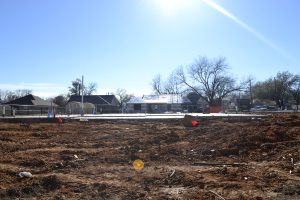 Today, Smith’s legacy – one of growth and development – continues to flourish! NeighborWorks Waco strives toward many of the same principles R.L. Smith encouraged over 100 years ago – economic self-sufficiency, neighborhood beautification, and the growth of East Waco. Our hope is that through the development and construction of Legacy Square, the rehabilitation of houses in the area, and the spurring of economic development, NeighborWorks Waco’s legacy will continue and grow that of R.L. Smith.